Pest control treatment deserves discretion: That’s why at IPM Pest Control we exclusively use unmarked vehicles to ensure your privacy. Our services are all environmentally safe, because we are concerned about and dedicated to taking care of the environment. Throughout the Greater Vancouver and Lower Mainland in BC, we adhere to our IPM principles: Instead of using chemical pesticides indiscriminately, we conduct a thorough inspection to ensure your pests won’t be returning. We’ll create an action plan and use chemical-free alternatives, as possible-and we guarantee your pests won’t come back. Whether you’re dealing with wasps, rock doves, or house mice, our affordable services will leave you with lasting results. All our services come with a written warranty. The length of the warranty is dependent on the type of pest and the treatment provided. 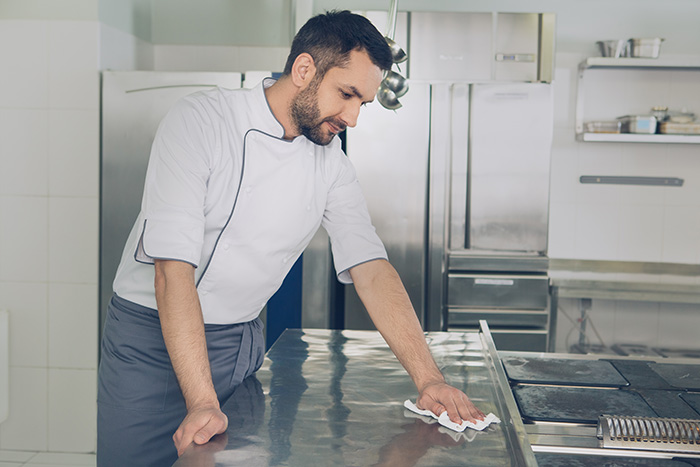 We offer a variety of monthly and bi-weekly commercial pest control services, for food plants, restaurants and warehouses.  Our technicians are HACCP, WHIMS, and Food safe Certified. Ask us about our smoke and odor control programs.  We also offer an annual maintenance program for homeowners. All our services come with a written warranty, the length depends on the type of pest and treatment provided. All our technicians are University trained, Provincially Licensed, Bonded, and Insured. 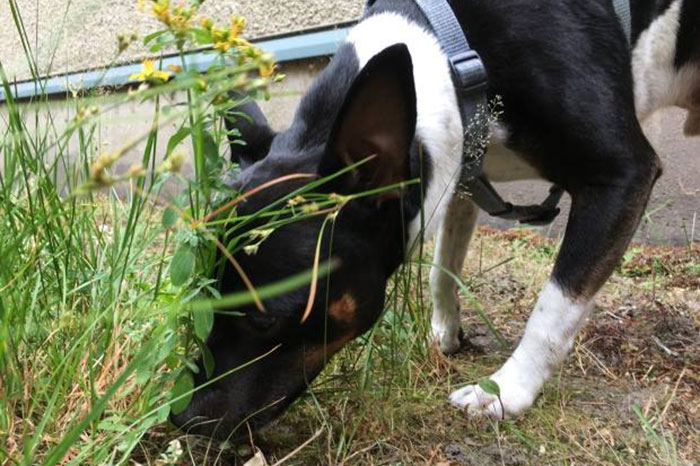 If you don’t know what’s ‘bugging’ you, send us a photo of your pest by email or text and we’ll help you ID it. 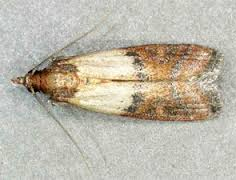 Between 3/8″- to 1/2″-long wings folded over the back, these moths lay dirty white larva and are often mistaken for clothes moths. Another common stored grain infesting larva species is the Angoumois grain moth, which can infest corn, wheat, oats, sorghum, barley, and other crop seeds. 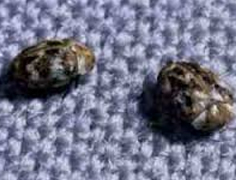 While this pest is common in most houses and does little noticeable harm, they’re dreaded in natural history museums. When they are adults, they can damage carpets, furniture, clothes, and insect collections. They can be commonly found in gardens over the summer. 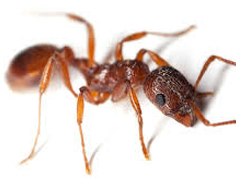 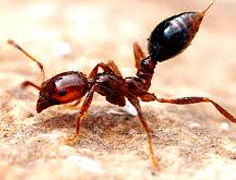 With over 200 species in the Solenopsis genus, these stinging ants can be found in massive swarms and are a huge nuisance in both commercial and residential properties. 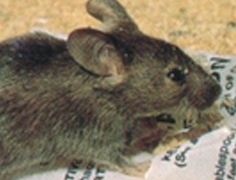 While mice have been kept as domesticated pets or used in laboratory research, these small mammals procreate rapidly and can easily become an inconvenience when unchecked in your home. 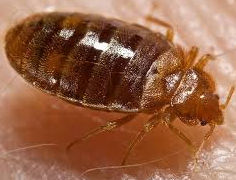 We are bed bugs control specialists. We also offer chemical-free alternatives such as heat treatment for bed bugs. 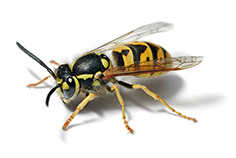 All female wasps are capable of stinging, which can be very painful or dangerous for those with an allergy. While they are an important pest insect predator, they can also be a pest themselves if they live in close vicinity to one’s house. 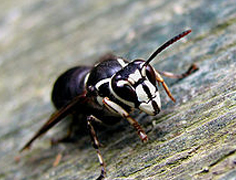 While not a true hornet, thesee live in colonies of up to 700 workers and can be found throughout Southern Canada. They are very aggressive and will sting invaders multiple times. 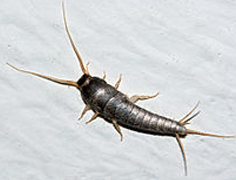 A small, wingless insect, silverfish mostly live off sugar and starches. They ruin papers, books, clothing, and even unopened food packages and may trigger allergies or other pests. 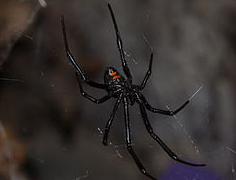 Easily identified by the hourglass markings on the abdomen, the black widow spider is feared for its bite due to its unusually large venom glands. 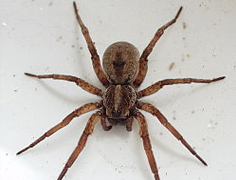 Mostly solitary creatures that hunt alone, wolf spiders have excellent eyesight and are very hairy. While they are very common and beneficial to the environment, they can be a nuisance in large numbers. 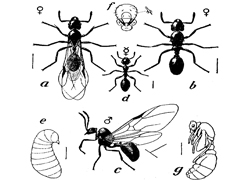 The pavement ant (Tetramorium caespitum) is an ant native to Europe, which also occurs as an introduced pest in North America. Its common name comes from the fact that colonies in North America usually make their homes in pavement. Because of their aggressive nature, they often invade and colonize seemingly impenetrable areas outside their native range. In summer, the ants dig out the sand in between the pavements to vent the nests. 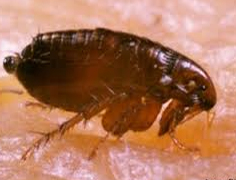 The cat flea’s primary host is the domestic cat, but it is also the primary flea infesting dogs in most of the world[citation needed]. The cat flea can also maintain its life cycle on other carnivores and on omnivores. Humans can be bitten, though a long-term population of cat fleas cannot be sustained and infest people. However, if the female flea is allowed to feed for 12 consecutive hours on a human, it can lay viable eggs. 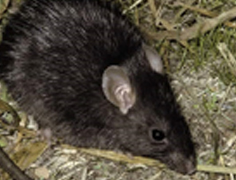 The species originated in tropical Asia and spread through the Near East in Roman times before reaching Europe by the 1st century and spreading with Europeans across the world. Black rats are generalist omnivores. They are serious pests to farmers as they eat a wide range of agricultural crops. 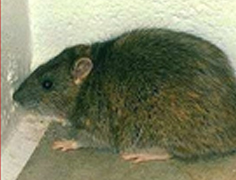 Thought to have originated in northern China, this rodent has now spread to all continents except Antarctica, and is the dominant rat in Europe and much of North America—making it by at least this particular definition the most successful mammal on the planet after humans. With rare exceptions, the brown rat lives wherever humans live, particularly in urban areas. 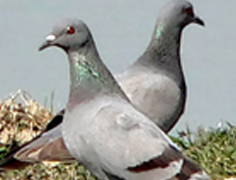 Also referred to as a rock dove, wild rocks can be feral and live in both open and semi-open environments. The species is abundant and can spread many diseases, including bird flu. 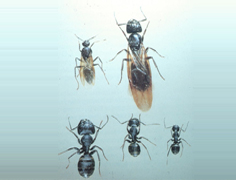 Carpenter Ants are a common destructive insect pest. They are also one of the most valuable insects we have on earth. They chew up tons of wood and turn it into fine sawdust that rots and provides compost for new growth. Because they enter manmade structures they are considered the most destructive common insect pest we have in Canada. 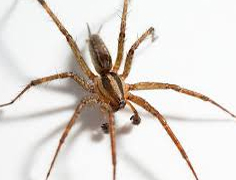 The hobo spider (Eratigena agrestis, formerly Tegenaria agrestis) is a member of the genus of spiders known colloquially as funnel web spiders, but not to be confused with the Australian funnel-web spider. The medical significance of its bite is still poorly understood and debated. Individuals construct a funnel-shaped structure of silk sheeting and lie in wait at the small end of the funnel for prey insects to blunder onto their webs. Hobo spiders sometimes build their webs in or around human habitations. 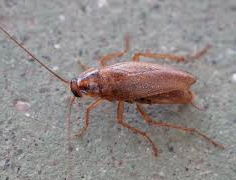 Although capable of living outdoors in tropical environments, German cockroaches are most commonly found indoors, with a preference for the warmer and more humid areas of a structure. In homes, these insects will typically be found in kitchens and bathrooms, but can move to other areas of a home if food and moisture are available.

Of course, this isn’t an extensive list of pests we treat. We also can take care of ticks, fleas, termites, squirrels, cockroaches, and much more. Please note that we don’t offer wildlife control. For more detailed information, give us a call to schedule a free inspection or estimate.

Contact Us Today for Professional and Affordable Pest Control Services!

Call Today
Back to the top